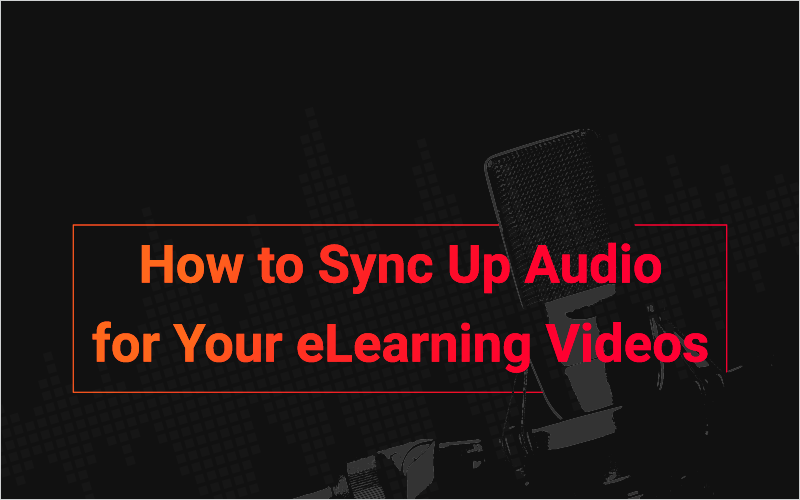 How to Sync Up Audio for Your eLearning Videos

As you move your video productions up to a higher production quality you’ll find that one of the easiest and biggest improvements you can make is to the audio. Today, allow me to discuss how to sync an outside-of-the-camera audio source with your footage using a video editor. I’ll be demonstrating how to do this in Camtasia 9, but you can really use any non-linear video editor to do this.

Why is it better to get additional audio beyond your camera?

You bought a camera that has a microphone on it, right? Your cellphone has a great camera and a microphone too. Why not just use the audio that is onboard?

Here are a few reasons to record separate audio:

Distance from your subject:

I won’t get into the types of microphones there are or how to pick the best one for your production, but I will tell you that there are several options and that all of them are much better than just using your onboard mic.

Let’s move on. So you’ve recorded your video—in my case an interview—with both your camera and your external microphone. You’ve offloaded the footage and audio onto your computer and now you’re loading it up in the editor. Here’s where we’ll open Camtasia. (I'm using Camtasia 9, but these actions will work for all versions of Camtasia.)

How to Sync Up Audio and Video

I’ve imported both my audio and my video into my editor. I’ll drag the audio onto the bottom track and the video to the track above it. In some editors you won’t have a choice. For example, in Adobe Premiere all of your video tracks go above and all of your audio tracks go below. 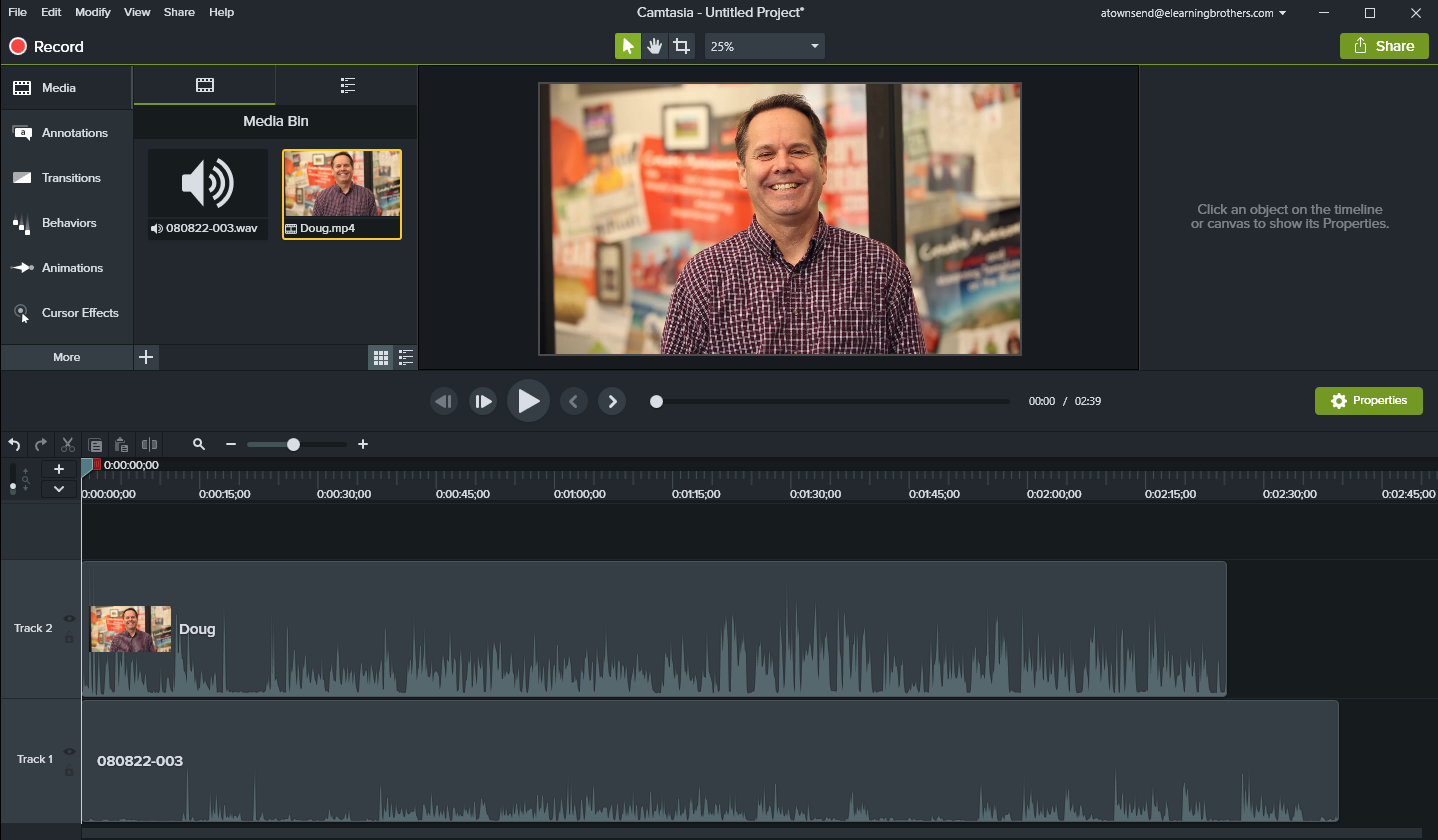 You’ll notice that my video file and my audio file are different lengths. This is because I hit record on my microphone before I hit record on my camera, and reversed that order when hitting stop. It’s OK that they don’t line up right away, it will take some adjusting.

Step 2: Find a waveform to sync in your video file

I’ll zoom into the beginning of the timeline to try and focus on one specific phrase said by my subject. Just the first phrase he says will do. In this case I hear “Hi! My name is Doug Lange.” 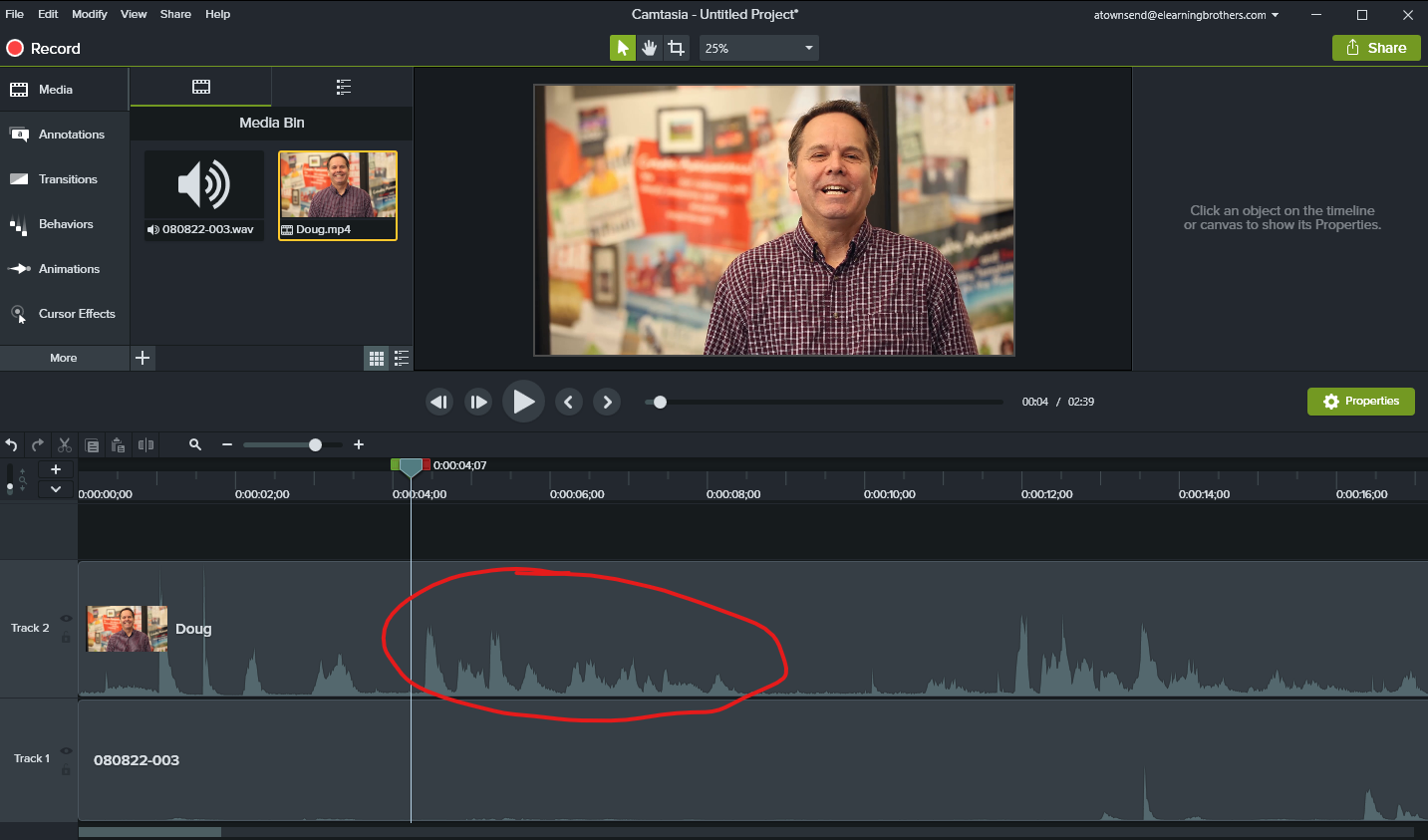 Step 3: Find the matching waveform in your audio file

In the track below there is little to no sound. This means I’ll need to scrub to a different point on that track to try and find “Hi! My name is Doug Lange.” By cutting out the silence at the beginning of that audio track it is much easier to find the piece I need. 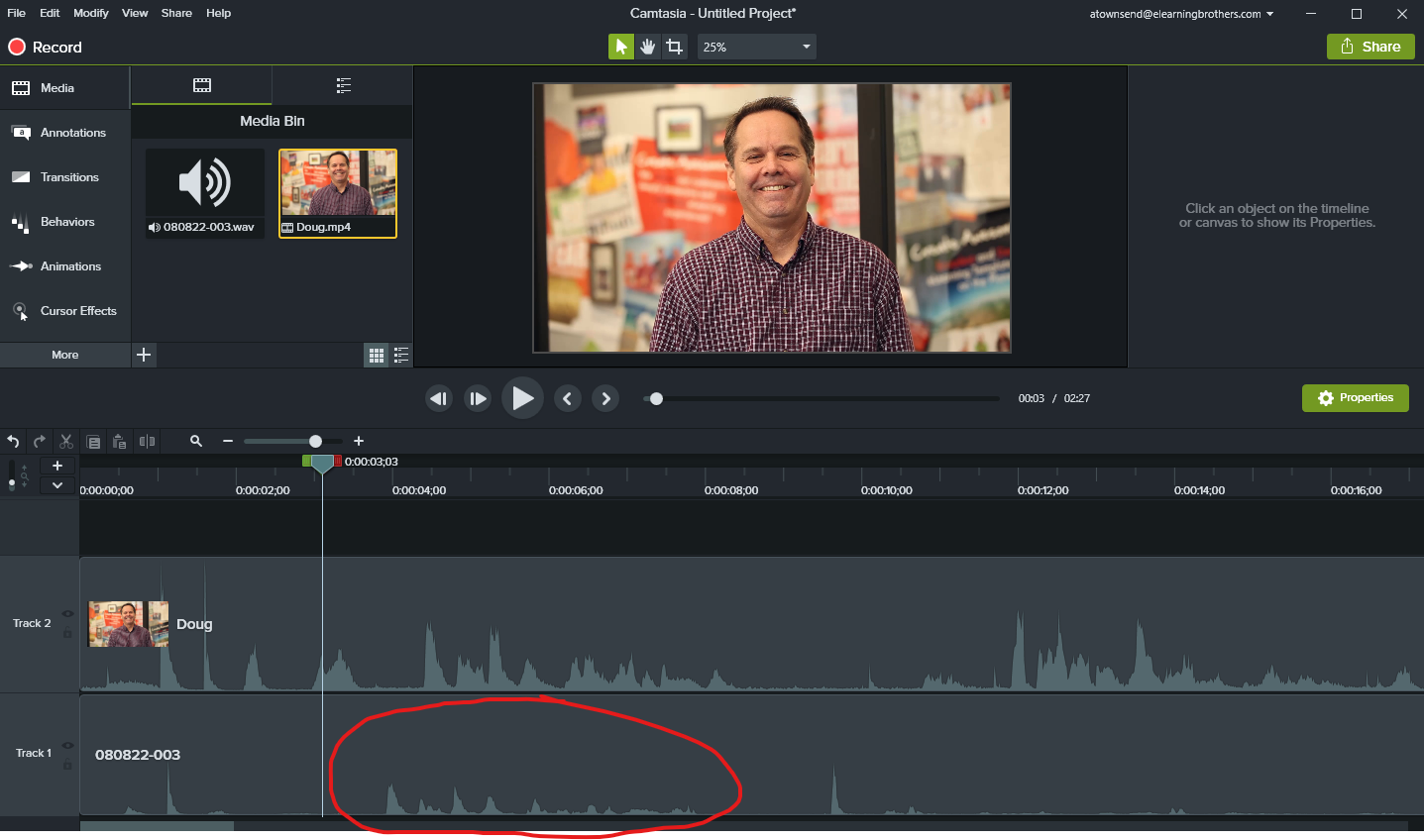 Step 4: Line up both waveforms

The waveforms somewhat match as well with peaks and valleys in the same basic lineup. Now I just have to move it around a little until it lines up, and when I push play there isn’t an echo. *Super hint: Hold the control key when fine-tuning your tracks so that they only move frame by frame and don’t lock with any other tracks.* 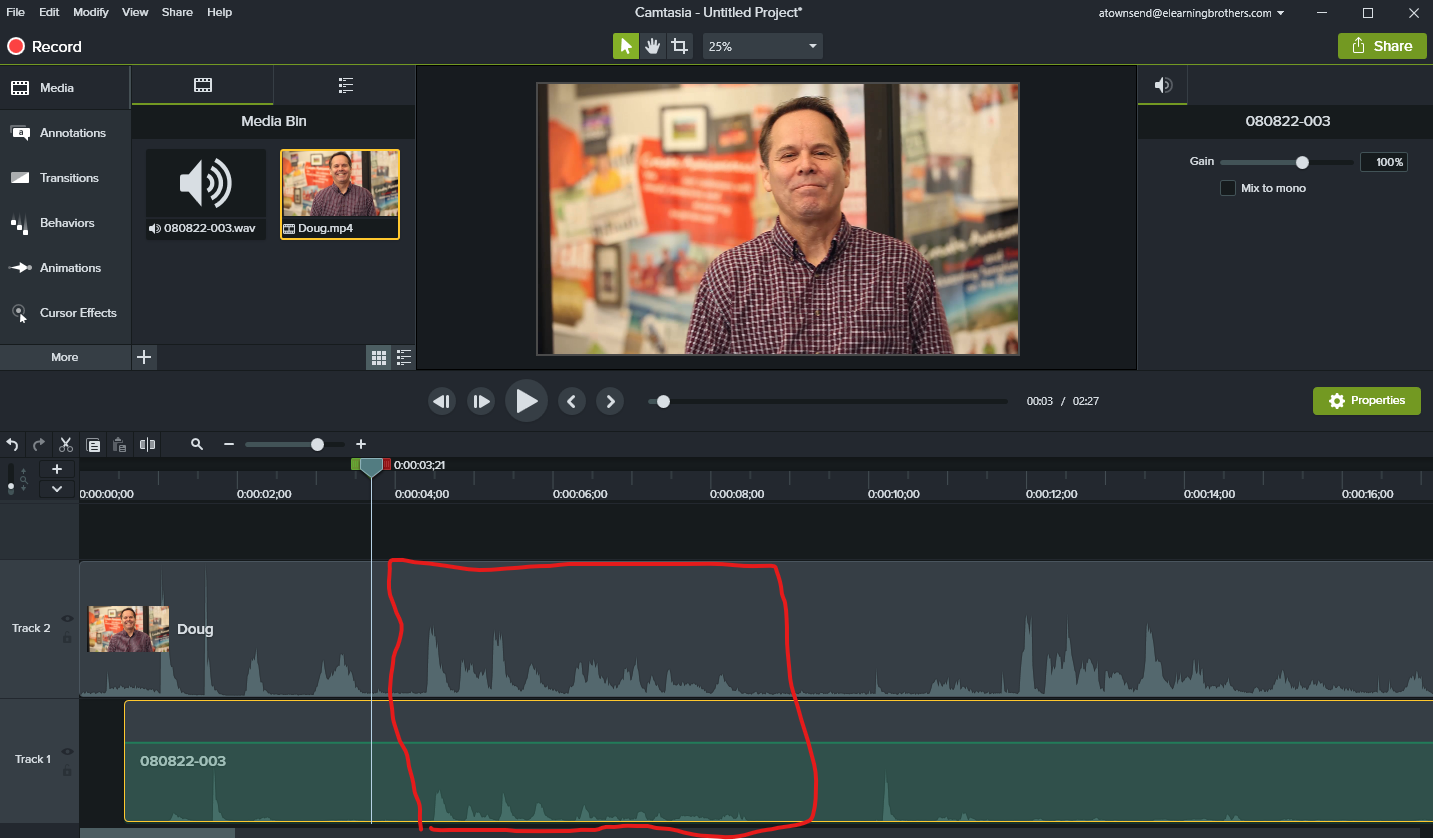 Now that they are lined up and there is no echo, I’ll right-click on the video track and select “Separate Audio and Video.” The new audio track that is created above the video can now be deleted.

Step 6: Delete the beginning bits of both files

To be safe I also like to snip and delete the video/audio before it starts so that I have a clear connection for the two. 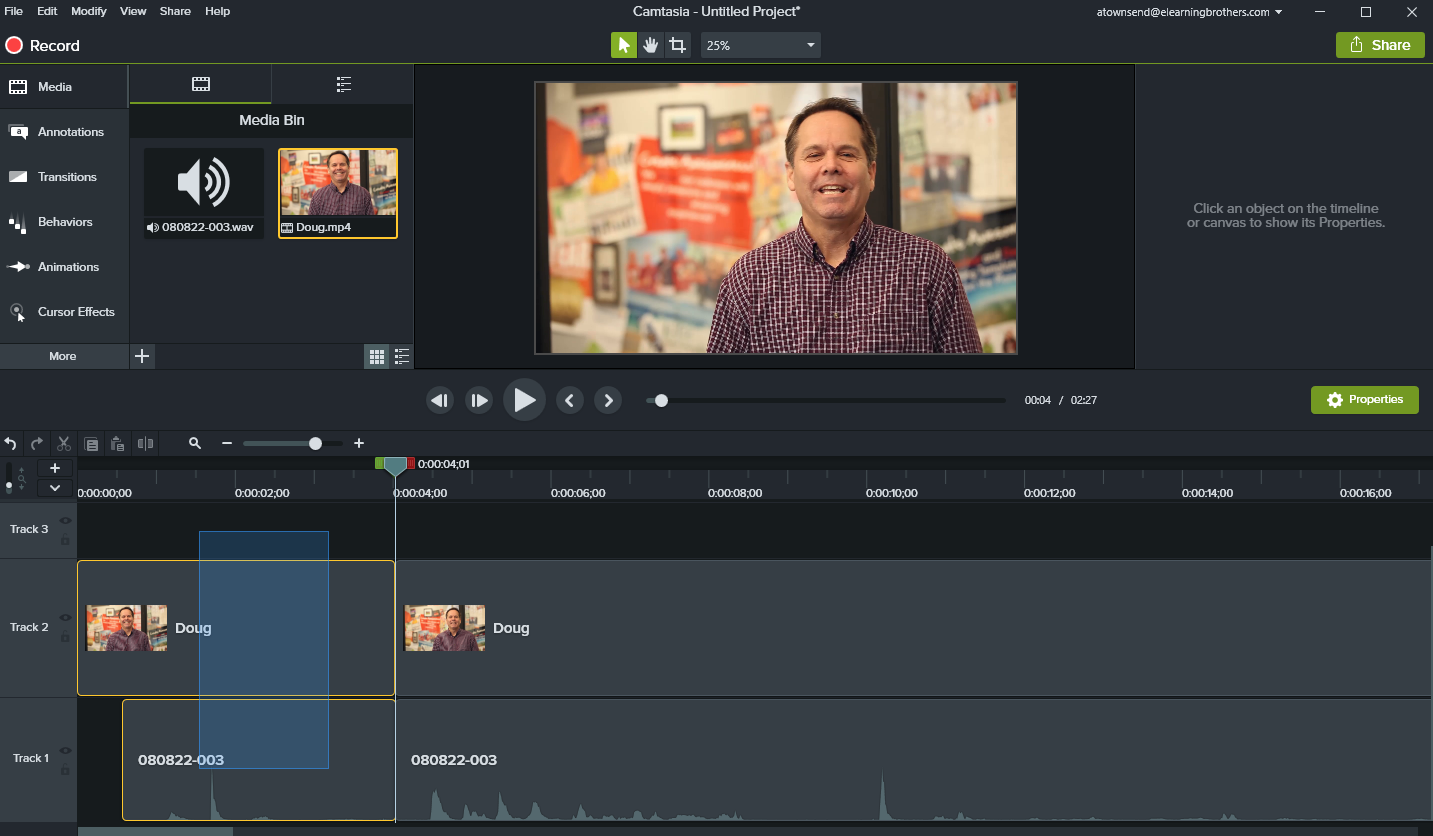 And just like that you’ve created a higher quality audio recording that is synced up with your video. You can use a clap, or a slate, to make that syncing a little easier.

If you’d like more information on audio editing you may find some gems in the following blogs:

Here’s the finished product of what was demonstrated here:

Sign up for our newsletter to get news and tutorials like this delivered straight to your inbox. 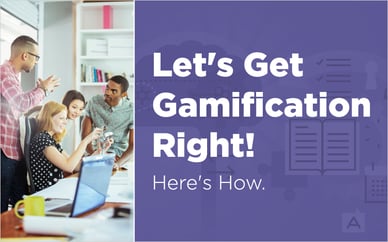 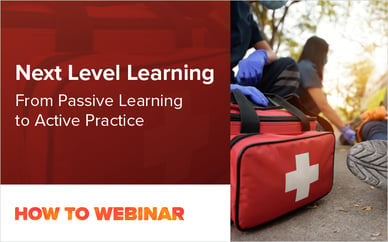 Next Level Learning - From Passive Learning to Active Practice 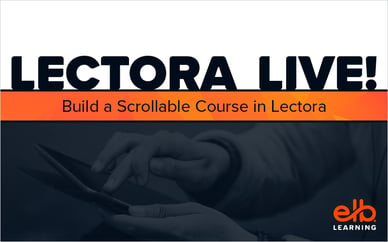 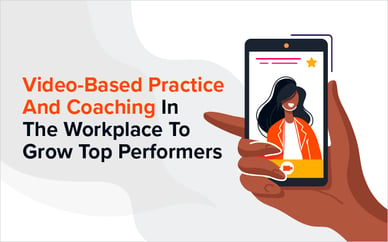 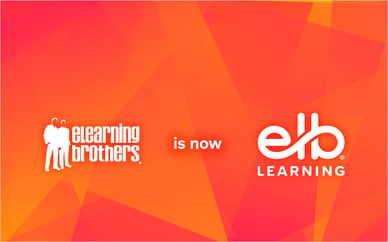