How to Use Motion Paths in CenarioVR

If you attended any of our recent webinars about the immersive experiences you can build in CenarioVR, you know how super cool and exciting this tool is. There aren’t any other virtual reality tools out there that get you from 1 to 100 in just a few minutes when it comes to building VR training. And we’ve just added a new feature that allows you to take it to the next level.

Put simply, motion paths allow you to animate objects along a path over a period of time. Here’s a simple example:

Using a motion path, I am able to create a moving caption that follows the movement of a figure in my captured 360 video.

You can make any object that you place in your scene move using motion paths, not just text copy. You can also animate images, 3D objects, sounds, hotspots, and videos.

How is it done? 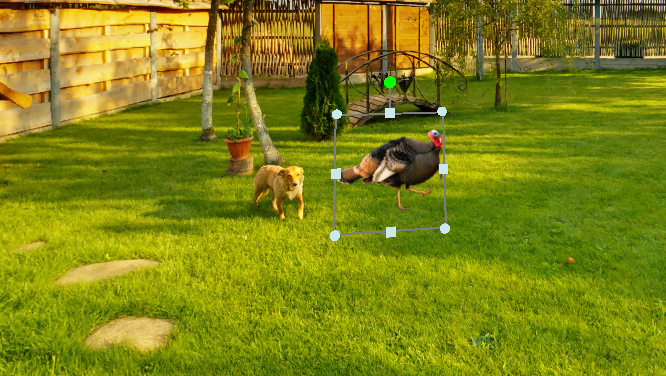 Open its options and select Add a Motion Path. 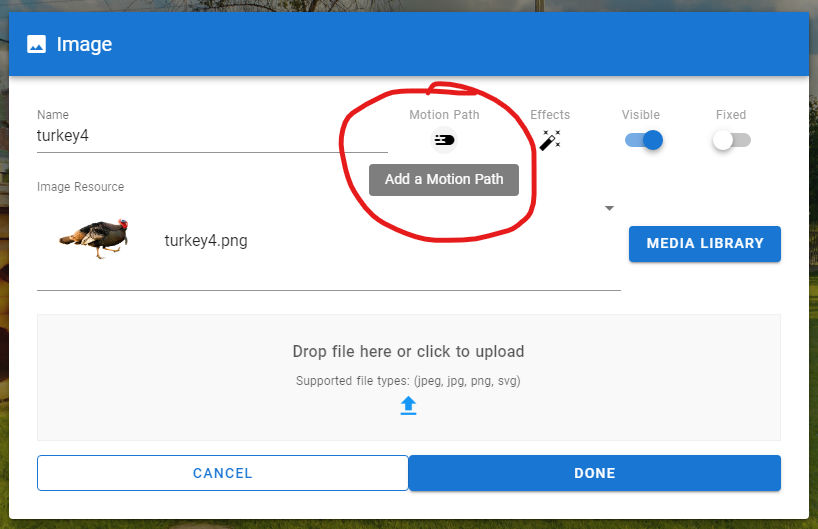 Select a start time and the animation interval in seconds. This will determine when your object will begin moving, and how often you’ll be setting its path points. You can also select whether the object is visible before and after its motion with the “Only Visible in Motion” toggle.

After clicking create, you will now identify each of the path points. Remember the interval you set and imagine the object moving from point to point for each interval. Moving from one side of your scene to the other in one second is VERY fast. Also keep in mind that you can adjust rotation and scale at each point, allowing for additional animation. 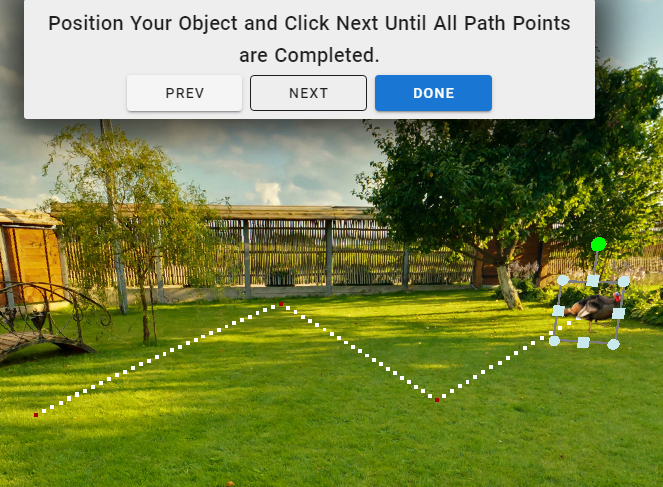 Once you’ve completed the path, select done. And just like that, your object is ready to move.

It really is that easy. However, if you’re like me you’ll find yourself placing a LOT of motion paths at a time and you’ll want to keep timing in mind.

It’s worth noting a couple of things to help you out with that: 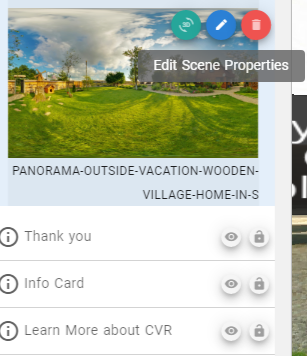 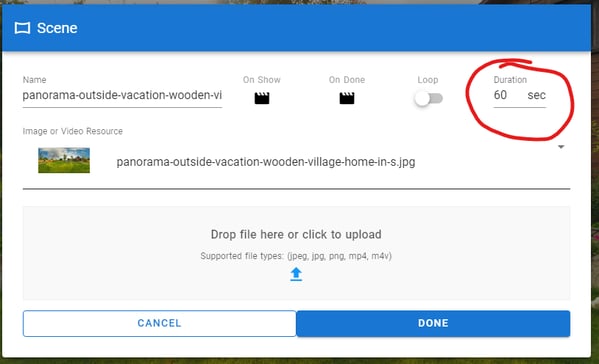 Where could this be useful?

We’ve already seen this be used in several types of courses, and can think of a few more where it’s extremely useful.

Play our Snag a Turkey game now to get a taste of what you can do with motion paths, or sign up for a free trial of CenarioVR. 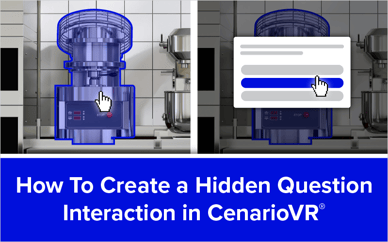 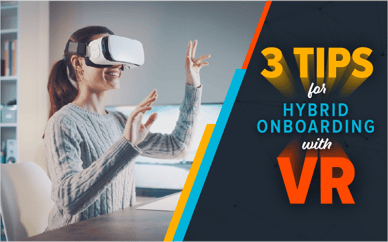 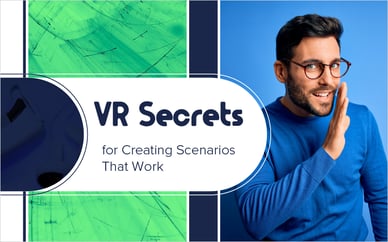